Does the idea of a universe beyond yours excite you? Do you believe in the existence of life forms yet unrecognized? Are you looking for an answer to the question, are there aliens? Planet Alien awaits you... 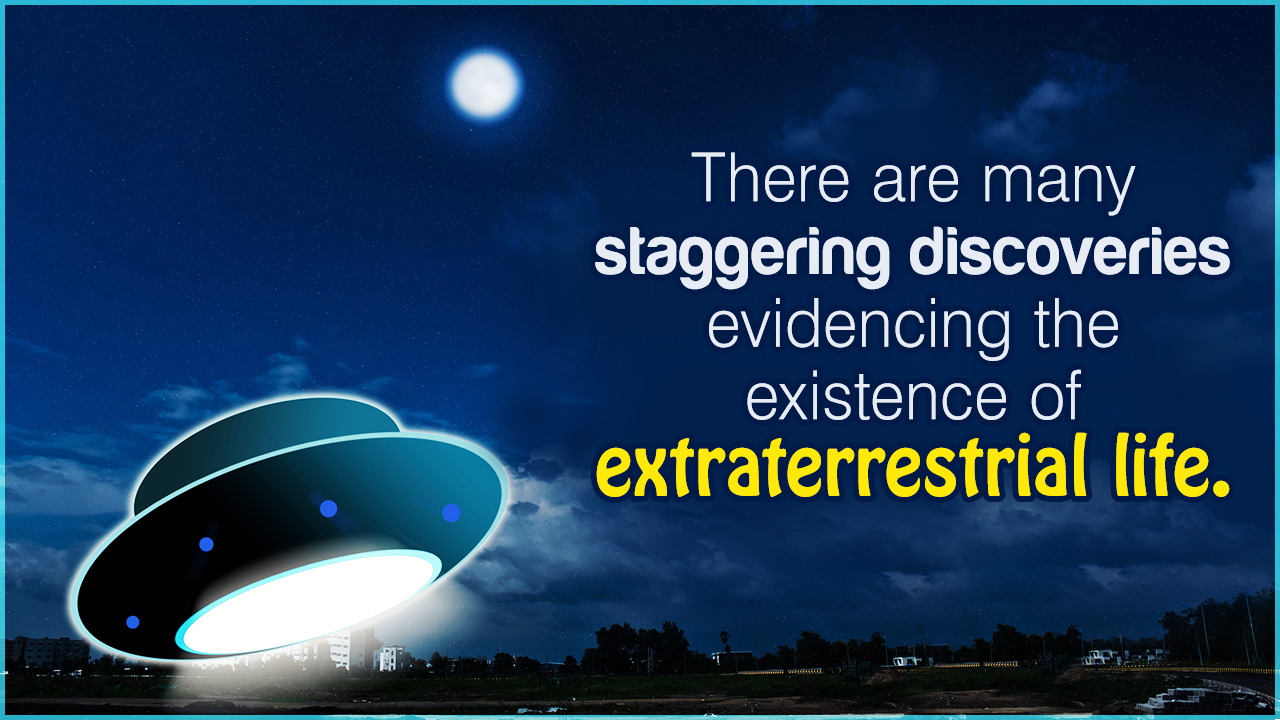 Does the idea of a universe beyond yours excite you? Do you believe in the existence of life forms yet unrecognized? Are you looking for an answer to the question, are there aliens? Planet Alien awaits you…

Another Halloween night, and yet again you don your favorite costume, a green latex body suit with a similarly colored face mask. You have exaggerated eyes and absolutely no hearing appendages. The effect is eerie enough to make your dog howl in fear and run to the backyard. You run after him, only to be greeted by some unlikely cops reading you their version of the Miranda. Dazed and almost unconscious, you can hear voices in the background, as you are dragged off to a vehicle, which you doubt has been manufactured on earth yet. “You are hereby arrested for impersonating natives of Tallurand and tricking natives of the planet Earth on a day of rejoicing. You have the right to remain silent. Anything you say will be used against you…” You may have laughed but there are only questions swirling in your head right now. Are these fantastical beings from other galaxies, a reality? Do aliens actually exist?

It is a question that has been debated for ages now. Do aliens exist on earth? No one knows the answer for sure, but it is a subject that has captivated the imagination (and reality in some cases) of every earthling. Are there aliens out there? The answer would be a resounding yes, if you are a die-hard fan of X-files, Star Trek or more recently Taken.

Aliens and related paranormal activities have been a staple for popular fiction as far back as we know. And no, these have not been the subject of ridicule or humor. It has mostly been an attempt to understand a mystery, which is probably way beyond our processing abilities.

According to the Oxford Reference Dictionary, alien is a word used to refer to beings from other worlds. This of course is a simplified definition of extraterrestrial life. The science that studies the existence of alien life is known as xenobiology. If history is to be believed, then aliens have been a subject of mystic for several centuries now, in civilizations of countries such as India, China, Babylon, South America and Arabia. Thales, the ancient Greek thinker, is believed to be one of the first proponents of the theory that life-forms existed on other planets. The existence of aliens is a question that has found mention in scriptures of several religions too.

There are several theories abounding, about the origin of life in other planets or galaxies. One popular belief is that life on different planets originated at those respective places. There is another theory that refutes the former by saying that all life originated in one place and then spread to other habitable planets. These beliefs give solutions to questions like, do aliens exist on other planets, or do aliens inhabit the moon. Mars, Venus, the satellites of planets in our galaxy, and planets in other galaxies are all deemed habitable for extraterrestrial life by ardent xenobiologists.

The superficial appearance of aliens is a much discussed matter with portrayal as vivid as green monsters, to beings that have the ability to change appearance at will. But if common sense prevails, it could be said that the physical form of an alien will be as diverse as life forms on earth. There could be several types of aliens. So they could be mirror images of microscopic entities like viruses or ice-age relics like dinosaurs.

Are aliens real? Are they coming to earth? These are questions that have haunted scientists and common people for ages. But there are several, who are firm believers in the existence of life on other planets. There are strong propagators of the theory that the aliens are coming and have in fact been regular visitors to earth. Combine this with the very commonplace reported occurrences of UFO sightings and alien abduction stories and one cannot help but answer in the affirmative to the question, ‘are aliens for real?’

Scientifically, there have been several probes in order to shed light on this complex probability. One of the foremost research projects in this area has been the SETI or the Search for Extra-Terrestrial Intelligence. This is the name for a number of activities that various people have undertaken in order to search for alien life. They use radio dishes to gather scientific evidence like electromagnetic waves, in order to search for life on other planets. For a number of years, these probes were funded by the U.S. government, but lately the funding has been taken on by private sources.

Several scientists have spent their lives trying to establish links between strange phenomena and the existence of life in outer space. Principal among them are Carl Sagan and Frank Drake. Carl Sagan theorized that alien life such as bacteria exist not only on our planet but throughout the universe. He also insisted that it is impossible that no other intelligent life exists in the universe other than on Earth.

Frank Drake, the founder of SETI, has devoted his life to establish the presence of aliens. He is famous for coming up with the Drake or Green Bank equation. The Drake equation, can apparently help determine the number of intelligent civilizations that exist in our galaxy, Milky Way. It uses a number of factors to determine results, the rate of formation of stars, the average number of planets that have life, planets that will develop intelligent life, etc. The Drake equation was an attempt to quantify factors that were previously undetermined.

There have been several other research projects to establish that there are such things as aliens. More important of them are the several space missions, which have tried to establish life on Mars due to evidence of methane in the atmosphere and the mission to establish life on moon, due to reported presence of water. Of course, there are also other factors that need to be taken into consideration like alien abduction stories that have been reported by several people. In fact, in a study carried out by Harvard in 2003, seven of 10 hypnotized abductees, described test done on them by their alien captors. Real alien sightings are also events that cannot be dismissed as overactive imagination.

While aliens have long enjoyed a near-celebrity status in popular culture, there is a very strong community out there who believe that aliens are not real and are just figments of imagination. Opponents of the ‘aliens exist’ theory have many well-known scientists on their side, including Enrico Fermi, who propagated the famous Fermi paradox.

The Fermi Paradox states that ‘there is an apparent contradiction between high estimates of the probability of the existence of extraterrestrial civilizations and the lack of evidence for, or contact with, such civilizations. In other words, if intelligent life exists then why is it that we have not seen any evidence of such an event.

There are several other counter theories to the existence of aliens. There are also several people who cite the failure of SETI and other research programs, as evidence enough to disprove the existence of life on other planets. Many people question the existence by counter-questioning, is there any proof that aliens are real. Even if there is proof that aliens are real, how do we recognize them. How do we know that they are aliens? It is a possibility that we are mutually unable to recognize each other as life. To them, are we aliens? Also there may be a problem of mismatched technology, so how do we know what to look for and where.

Johann Wolfgang von Goethe, famously said, “Everything is simpler than you think and at the same time more complex than you imagine.” While theorizers about aliens and extraterrestrial life may benefit from following that adage to answer questions like whether aliens exist, believers (including me) can continue to refer to The Hitchhiker’s Guide to the Galaxy and prepare ourselves for conversations like these –
Arthur: “All my life I’ve had this strange feeling that there’s something big and sinister going on in the world.”
Slartibartfast: “No, that’s perfectly normal paranoia. Everyone in the universe gets that.” 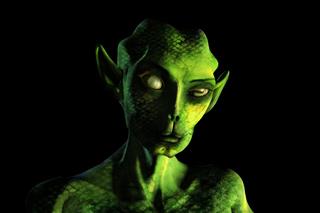 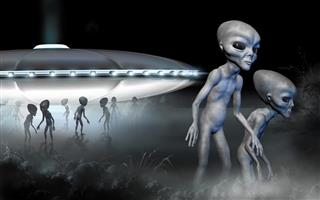 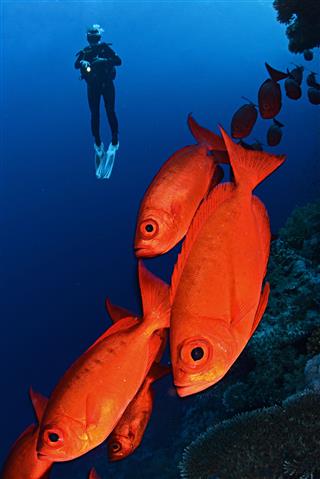 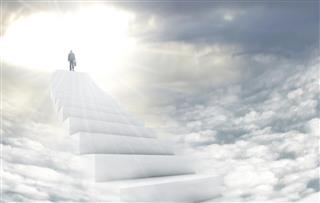 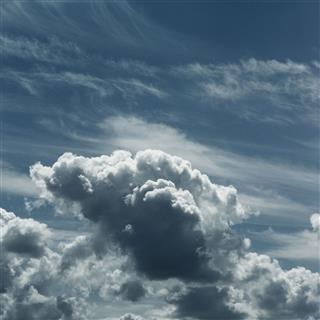 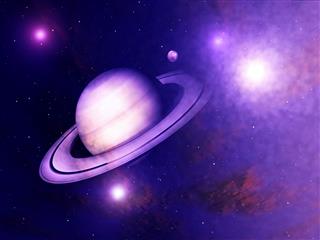 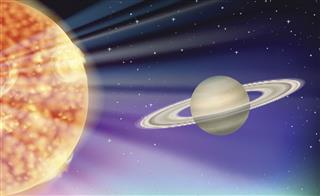 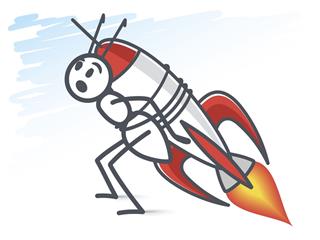