Home / Uncategorized / Some Physicists Believe the Universe is a Hologram

As time progresses and our leading physicists learn more about reality, more and more are opening their minds to the idea that we might be living in a hologram.  This thesis rests on the fact that information is the foundation of everything in existence.  At its core, our physical world is comprised of information.  This fundamental truth creates the potential for our world to be a hologram, computer simulation or something else entirely different than most would have ever assumed.

Why Some Scientists Think the Universe is Holographic

Physicists in the United States and beyond have conducted studies of black holes, determining there are limits to how much information can be held in regions of space, matter and energy.   The results of these studies suggest the universe, a place believed to be comprised of three distinct spatial dimensions, might actually be displayed on a 2-D surface.   If our universe is truly a hologram, its physics would have a different set of laws than those present on three-dimensional spacetime boundaries.   The holography theory limits the degrees of freedom within a bounding surface to a specific maximum.

It is quite possible the holographic universe theory will eventually lead to a superior theory at some point in the future.  As an example, the Lee Smolin, a professor at Waterloo’s Perimeter Institute for Theoretical Physics insists a final theory would be more concerned with the information exchanged in physical processes than holographic fields.  However, the prospect of a holographic universe is worth considering at the present moment.

A Closer Look at the Holographic Model

Physicist Juan Maldacena has developed a toy model of sorts to explain how spacetime exists and functions.  In short, Maldacena views our universe as though it is a ship within a bottle.  The interior of the bottle is comprised of spacetime, an undulating continuum that generates gravity.  This universe is projected from a boundary system in a lower dimension, similar to the manner in which a hologram functions.  The curvature of spacetime creates a surface in which quantum particles interact with one another to form the supposed hologram.

In plain English, there is a growing sentiment amongst physicists that we might live in a two-dimensional universe as opposed to a three-dimensional universe.  This thesis is referred to as the holographic principle.  Try to think of our universe as the result of a far-away 2D surface laden with seemingly infinite data.  This is the information that serves as the foundation of what we call reality.

Similar to a hologram, the information is projected to form three dimensions.  In other words, there is a chance we are living similar to characters we observe on our television and computer screens.  Though our reality appears to have depth, there is a good chance it is actually a flat surface.

Is the Universe Somewhat Illusory?

If the holographic principle is in fact true, it means the human race has been somewhat deceived by nature or the creator of this plane of existence.  After all, just about everyone agrees we live in a three-dimensional environment.  However, a growing number of physicists are giving credence to the idea that our reality is a two-dimensional projection.  If this is the case, there is a chance human life is quite similar to graphics presented on a screen.

Let your imagination wander when thinking about this subject matter and you might begin questioning whether the creators of our reality view the human species as we view characters on reality television shows.  Stay tuned.  As physicists make more progress toward the truth, we will get that much closer to learning the true nature of our reality. 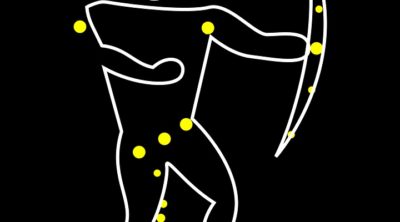 Fact or Fiction: If Betelgeuse Goes Supernova, There Will be a Second Sun in the Sky