Celebrating 12 years in space this November, the International Space Station is interesting in its own way. Let's take a look at some of the facts about this space station. 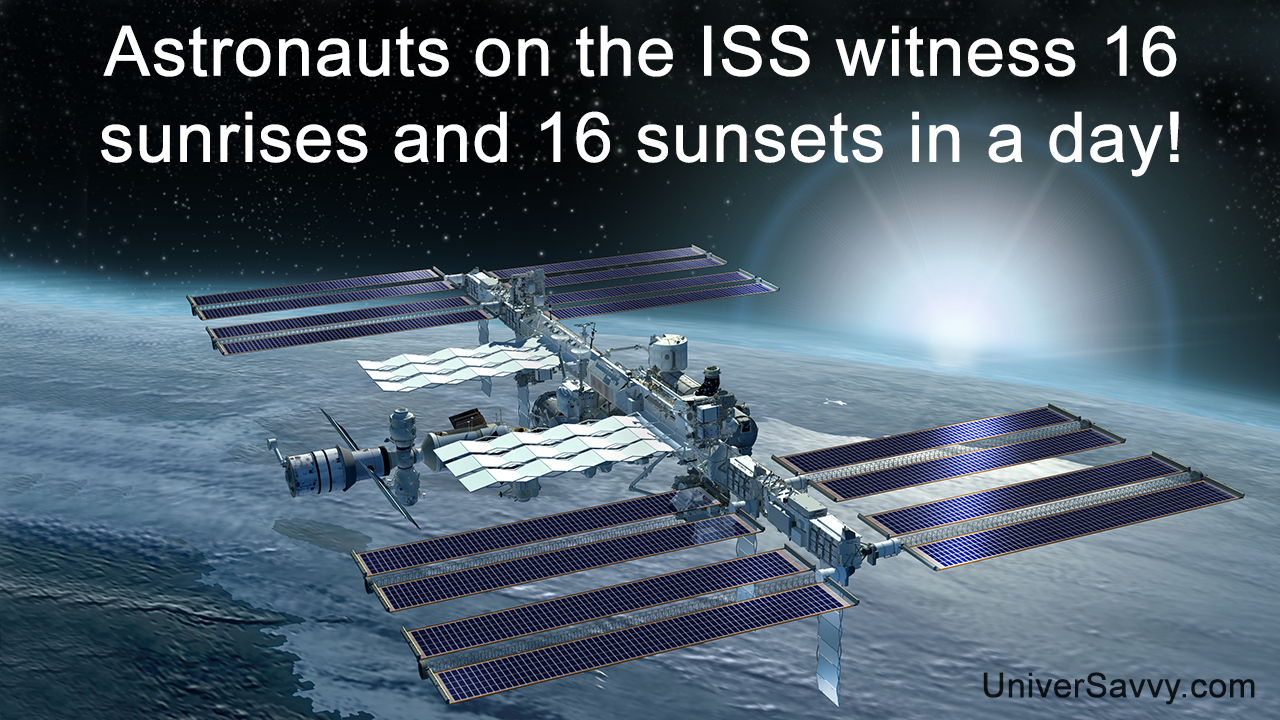 Celebrating 12 years in space this November, the International Space Station is interesting in its own way. Let’s take a look at some of the facts about this space station.

Here’s all you want to know about the International Space Station.

The International Space Station is, by far, the largest spacecraft to be ever built and assembled in space. As per statistics of August 2011, a total of 135 launches to the space station have been conducted. The first component of the space station was propelled with the aid of Zarya control module in November 1998. The facts outlined below will give you an idea behind the working and structure of the ISS.

✈ The total mass of the ISS is 417,298 kg or 919, 964 lb. On completion, it is expected to weigh about 419,600 kg or 925,000 lb.
✈ The Canadarm2, attached to the ISS is capable of operating a maximum of 116,000 kilograms of payloads.
✈ Once complete, the ISS is scheduled to have 262,400 solar cells on its 2500 square meters of solar panels.
✈ Astronauts working at the ISS have taken more than 200,000 photographs of the earth.
✈ The ISS has more than 100,000 people functioning jointly around the world.
✈ The space station has a pressurized volume of 916 cubic meters, i.e, 32,333 cubic feet.
✈ Currently, it has 13,696 cubic feet of habitable volume and on completion, it will provide the crew members with 935 cubic meters of habitable volume.
✈ The ISS covers 17,500 miles per hour or takes about 90 minutes to complete one orbit.
✈ The amount of research equipment taken to the ISS sums up to more than 17,000 lb.
✈ With the clock still ticking, it has completed 4919* days in orbit.
✈ The cumulative time spent by the crew on the ISS amounts to a whopping 4206* days.
✈ Approximately 3,630 kilograms of food is required to feed the astronauts during every expedition.
✈ The ISS is located 386 kilometers or 240 miles above the planet where it orbits the planet.
✈ The ISS has a 360 degree bay window which serves as an amazing viewing platform/observatory.
✈ The total length of the ISS is approximately 171 feet, which once completed, will measure a total of 110.03 meters.
✈ As per the records, the astronauts have completed more than 161 spacewalks so far.
✈ About 110 kW of electrical power will be generated by the solar arrays.
✈ It is made up of 70 major components that are assembled in space.
✈ It is controlled by 52 onboard computers.
✈ It will require a minimum of 45 launches to fully assemble the space station.
✈ A total of 37 states are participating.
✈ In all, 31 expeditions to the ISS have been conducted so far.
✈ There are 16 countries of the world, that are involved in the mission.
✈The ISS completes a total number of 15 orbits per day.
✈ Present number of rooms on the ISS is 13.
✈ A wire length of 8 miles will go into linking the electrical power system in the ISS.
✈ Each expedition lasts for 6 months.
✈There are 6 crew members present aboard the ISS currently.
✈Astronauts aboard the ISS have to dedicate two hours of rigorous exercise daily.
Please note: *Statistics change on a daily basis.

The International Space Station, once completed, is expected to be visible by the naked eye. Needless to say, you can track the orbiting ISS by just looking up at the sky.