Planets in Order from the Sun

Can you name the planets in order from the Sun? If not, then all you need to do is go through the following article and learn all about the planets of the Solar System.

Home / Uncategorized / Planets in Order from the Sun

Can you name the planets in order from the Sun? If not, then all you need to do is go through the following article and learn all about the planets of the Solar System. 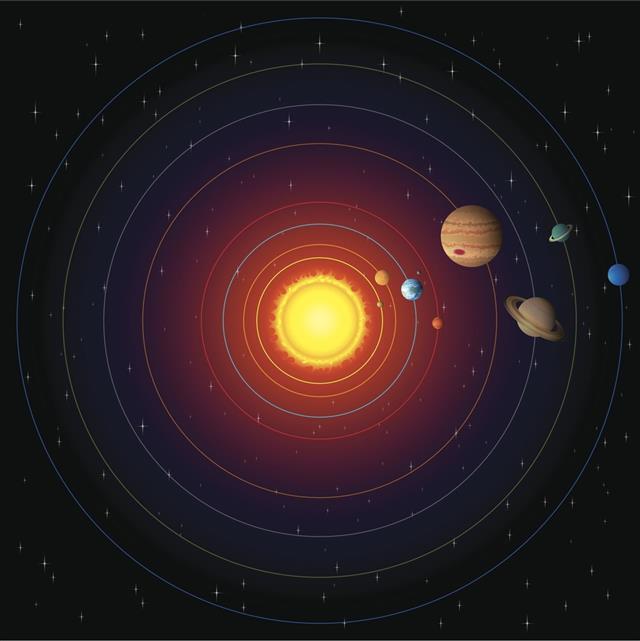 Planets in the Solar System in Order from the Sun 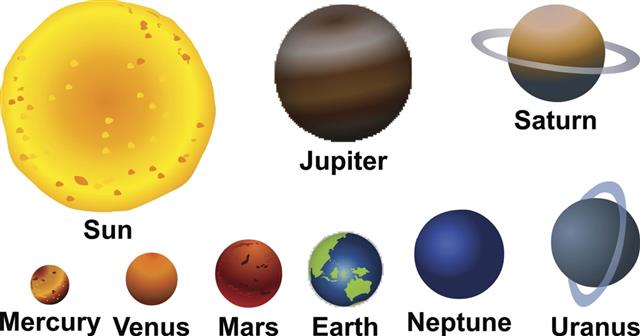 The International Astronomical Union (IAU) states that there are 8 planets in order from the Sun. There are 5 dwarf planets in the solar system. Pluto was once considered one of the planets from the Sun, but is now considered to be a dwarf planet. Thus, from a total of 9 planets in the solar system, there are now only 8 planets. The planets are divided into three different categories based on their composition. Let us have a look at the planets in order from the Sun (outwards) according to the categories they are placed in. The third category not covered below consists of the dwarf planets Ceres, Haumea, Makemake and Eris.

The four inner most planets in the solar system in order from the Sun are called terrestrial planet. They are called so as they have a rocky, compact surface. Let us have a look at the different planets below:

Mercury is the hottest, driest planet in the solar system. It is also the first planet from the Sun as well as the smallest planet among all. Mercury orbits the Sun in about 87.969 Earth days. The planet is named after the Roman messenger God, Mercury.

The second planet in order from the Sun is Venus. It is called Earth’s ‘sister planet’ as it is very similar to our planet in terms of gravity, size and composition. It is covered with a cloud of poisonous gases like sulfuric acid. The atmosphere of Venus is the densest of all planets and consist of carbon dioxide. It takes about 224.7 Earth days to orbit the Sun. It is named after the Roman goddess of love and beauty, Venus.

The fifth largest planet in the solar system is the planet Earth. It is the only planet that is known to support life. Earth orbits the Sun once after it rotates 366.26 times on its own axis. It is also called the ‘Blue Planet’ as it appears blue from space. The only natural satellite of Earth is the Moon.

The fourth planet in order from the Sun is Mars. It is also called the ‘Red Planet’ as it has a reddish appearance due to iron oxide present on its surface. It has a thin atmosphere and has two moons, Phobos and Deimos. This planet is named after the Roman god of war, Mars.

The largest planet of the solar system is the fifth planet in the solar system in order from the Sun, Jupiter. It is considered to be a gas giant, but about one thousandth smaller than the Sun. Planet Jupiter has 63 moons, of which four large moons were discovered by Galileo Galilei in 1610. Thus, these moons are called Galilean moons. This planet is named after the Roman god Jupiter.

The sixth planet is Saturn that is also the second largest planet of the solar system. This gas giant has a radius that is about 9 times larger than the Earth. Saturn has nine rings surrounding it. These rings are made up of ice particles, rocky debris and dust. There are 62 moons that are known to orbit Saturn, of which 53 are named. Within the rings, there are hundreds of ‘moonlets’. The planet is named after the Roman god Saturn.

The third largest planet of the solar system is Uranus. This planet is fourth largest when it comes to planetary mass. This planet was the first planet to be discovered with the help of the telescope. Uranus is the coldest planet of all with a minimum temperature of about -224 °C. It Is named after a Greek god of the sky, Uranus.

The farthest planet in order from the Sun is the eighth planet, Neptune. It was discovered way back in September 23, 1846. It is also one of the coldest planets (-218 °C) as it is very far away from the Sun. This planet is about 17 times the mass of the Earth. It is named after the Roman god of sea, Neptune.

How to Remember Planets in Order from the Sun 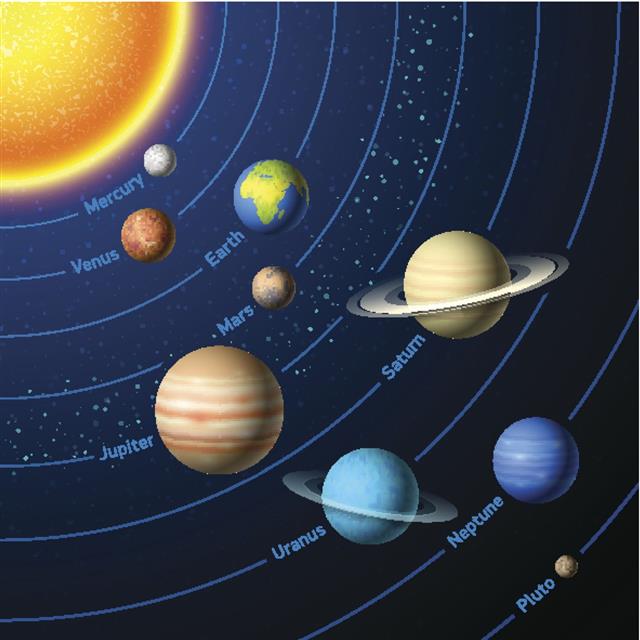 As you can see, it is very easy to remember the names of each of these 8 planets by leaning a simple sentence. Hope you have found the above information on planets in our solar system to be useful. 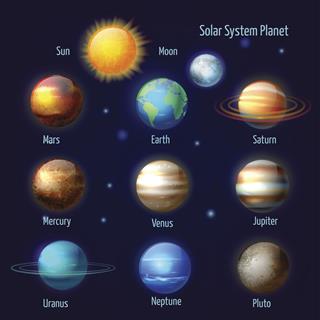 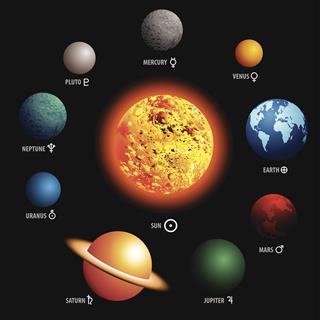 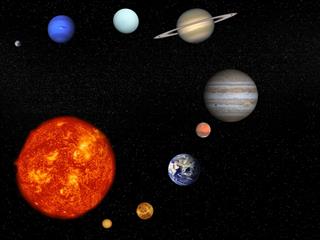 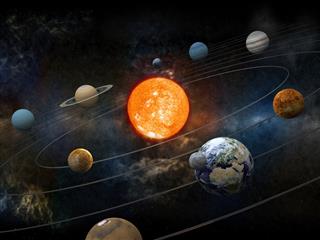 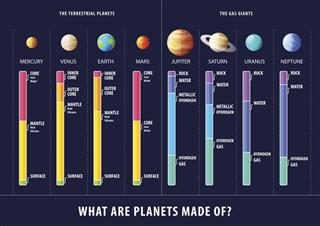 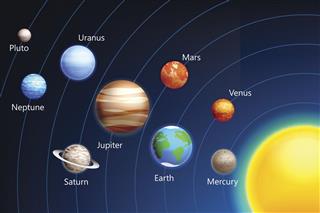