Things You Need to Know About Planetary Alignment

Planetary alignments are very rare and interesting astronomical phenomena. Besides being able to study the various planets in the same area of the sky, these phenomena have been used by astrologers to predict the future for thousands of years. Let us study these occurrences in some more detail.

Home / Uncategorized / Things You Need to Know About Planetary Alignment 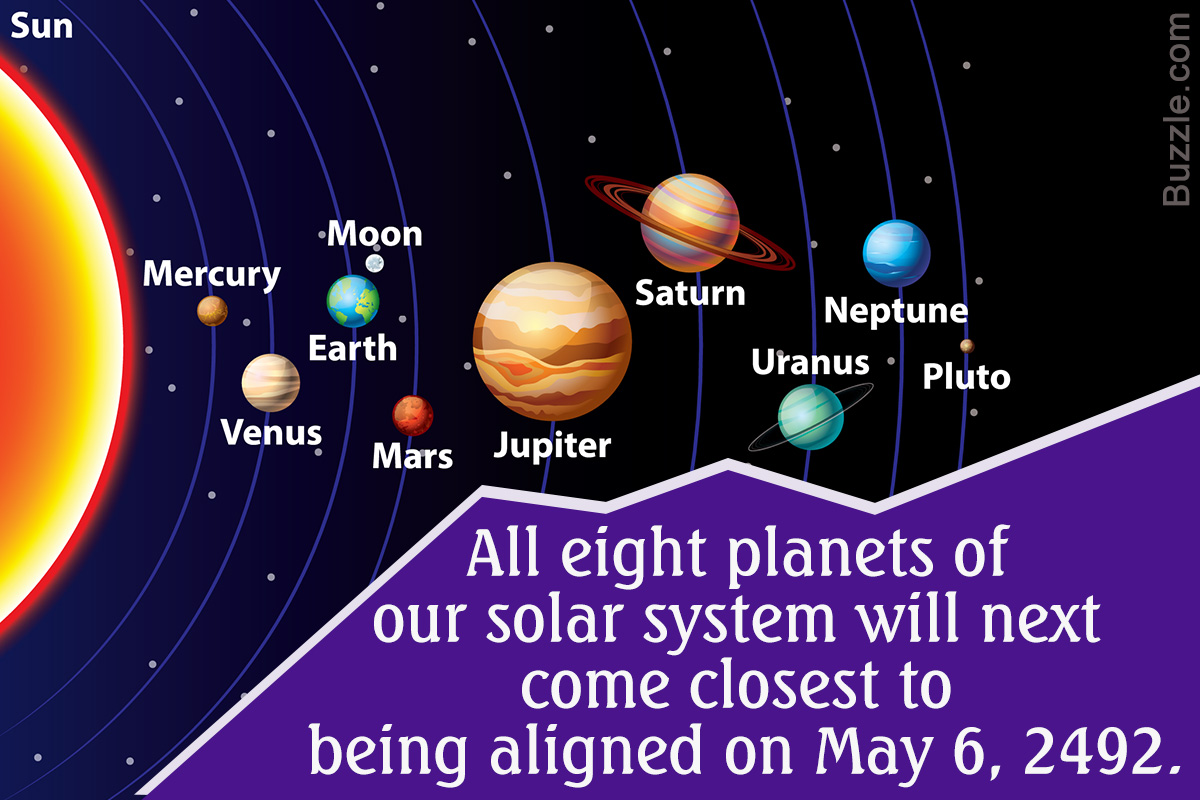 Planetary alignments are very rare and interesting astronomical phenomena. Besides being able to study the various planets in the same area of the sky, these phenomena have been used by astrologers to predict the future for thousands of years. Let us study these occurrences in some more detail.

Since thousands of years, mankind has sought to learn about their future, by studying the movements and cosmic phenomena of the stars and planets. Among the events, the alignments of the planets took a special place, and were usually seen as omens of great events of good or evil. Right from happy events such as marriages to sad ones such as an assassination, they were given special importance if they occurred during a period of planetary alignment. Even today many people look up to this phenomenon to foretell the future. However, with science we can now see what the alignment of the planets actually is and how it affects us.

What Happens During a Planetary Alignment

Firstly, it is important to note that unlike in the movies, a planetary alignment occurrence in a perfectly straight line is not possible, due to the different tilts of the axis in each planet, and their variable planes of orbit. Usually, a planetary alignment is said to have occurred when the planets appear in the same quadrant, i.e., within 90° of each other. Secondly, when two or more planets approximately align themselves to the sun, the effects are negligible. This is because gravity works on two basic things; the size of the objects and the distance between them.

Because the planets are too small and distant, even all eight planets coming near alignment, will not affect the Earth in any way. The only reason the sun and the moon have any noticeable gravitational effects on Earth is that the Sun is extremely huge, while the moon, despite being small, is very close to Earth. This means that even when the Earth and our sun come in alignment with the humongous center of the Milky Way, the enormous distance negates any gravitation it is exerting towards our planet.

To find out when a planetary alignment will occur, scientists merely use the angle and speed of the moving planets, into their computerized model, to find out when their numbers of the years match.

Let us look at the frequency and duration of planetary alignment events. If you are wondering when the next planetary alignment will occur and are eagerly waiting to see such an event, there is still some time to go. The eight planets align themselves somewhat in respect to the sun, once every 500 years, within a 30-degree angle. The last time all eight planets were closely aligned was in 561 BC. The next occurrence is in 2854. The planets will come in a 90-degree angle in 2492. There are chances of minor transitions occurring in the near future, though. Most planetary alignment events only last for a short duration of a few hours to a few days.

The next major alignment will occur on 8th September 2040, where Jupiter, Saturn, Mars, Venus, and Mercury will appear in the same part of the sky. It will certainly be a spectacle worth watching. The last time all these planets aligned was during early September 2013. However, most amateur astronomers were disappointed, due to the event occurring during the day, and the sun playing spoilsport. Maybe you will get lucky in 2040!

The term syzygy comes from the Greek word suzugos  which means ‘yoked together’. It is used to describe the astronomical event where three celestial bodies in the same gravitation system, come into a configuration of a straight line. This happens when the Sun, the Earth and a third body, i.e., either the moon or another planet come in alignment.

Syzygy also covers events where one or more planets are seen transiting the sun from a third heavenly body. Syzygy events cause eclipses, i.e., where a heavenly body fully or partially disappears due to an occultation or due to going into the shadow of another body, occultations, where a bigger body passes a planet in front of a smaller one, and transits where a smaller body passes in front of a bigger one.

Syzygies that occur between the Earth, the moon, and the sun, have been extensively studied. It is a confirmed fact that these syzygies are responsible for spring tides and neap tides, due to the joint gravitational forces of the moon and the sun. The syzygies are also thought to cause seismic activity on the moon causing moonquakes of various magnitudes. However, no similar effects have been noticed on Earth. Therefore it is only a myth that planetary alignments cause earthquakes.

Doomsday Hoax
There was a great hullabaloo about the planetary alignment causing the destruction of our planet on 21st December 2012, based on the ancient Mayan calendar which ended on this date. So widespread was this urban legend that many Hollywood film production houses capitalized on the event by making several doomsday movies. However, the fact is that there was never any planetary alignment during that year. The previous alignment took place on 13th June 2010, followed by the next one in 2013, with doom sayers taking everybody for a ride. The funny part about this was, that all this happened despite the assurances of scientists all across the world, that nothing would happen on this day, and that planetary alignments have no role to play in earthly calamities.

Planetary Alignment with Giza Pyramids
Another huge hoax was the alleged alignment of the planets Mercury, Venus, and Saturn, exactly over the tips of the three great pyramids of Giza on 3rd December 2012. There were some images too that were circulating around the Internet, saying that the last planetary alignment with the Giza pyramids took place 2,737 years ago. However, these images were clearly photoshopped, and although there was a close alignment of these three planets on that day, it was neither a very rare event nor did it align exactly over the tips of the pyramids. It is possible that such an alignment might appear in the future, but it would be a very rare event, on which there is no data available as of now. However, to see such an event a person would have to be at the right place near the pyramids, at the right time, and even then it would just be a coincidence, without any religious or spiritual significance.

More of astrological than an astronomical phenomenon, on the 29th July 2013 six heavenly bodies (Jupiter, Venus, Saturn, Pluto, Neptune, and the moon) were to come together to form the shape of the Star of David, by being at 60-degree angles from each other. Thought to have religious significance and a Hebrew prophecy, which predicted the return of Jesus Christ, it was an interesting phenomenon, but the disadvantage here was that the planets Pluto and Neptune are not visible by the naked eye, and the fast movement of the moon meant that the formation would not last for long.

Planetary alignments are very interesting to both amateur and professional astronomers. The rarity of these events makes them a treat to watch, while space exploration agencies like NASA have used a few special alignments to gravitationally propel probes towards Jupiter, and from there towards Pluto. So, keep a lookout for the news of such events and enjoy the beautiful night sky.