Chained Maiden: Facts and Myths About the Andromeda Constellation

The Andromeda constellation is a pattern created by distant stars, in the nighttime sky. In this article, you will find some interesting facts about it. 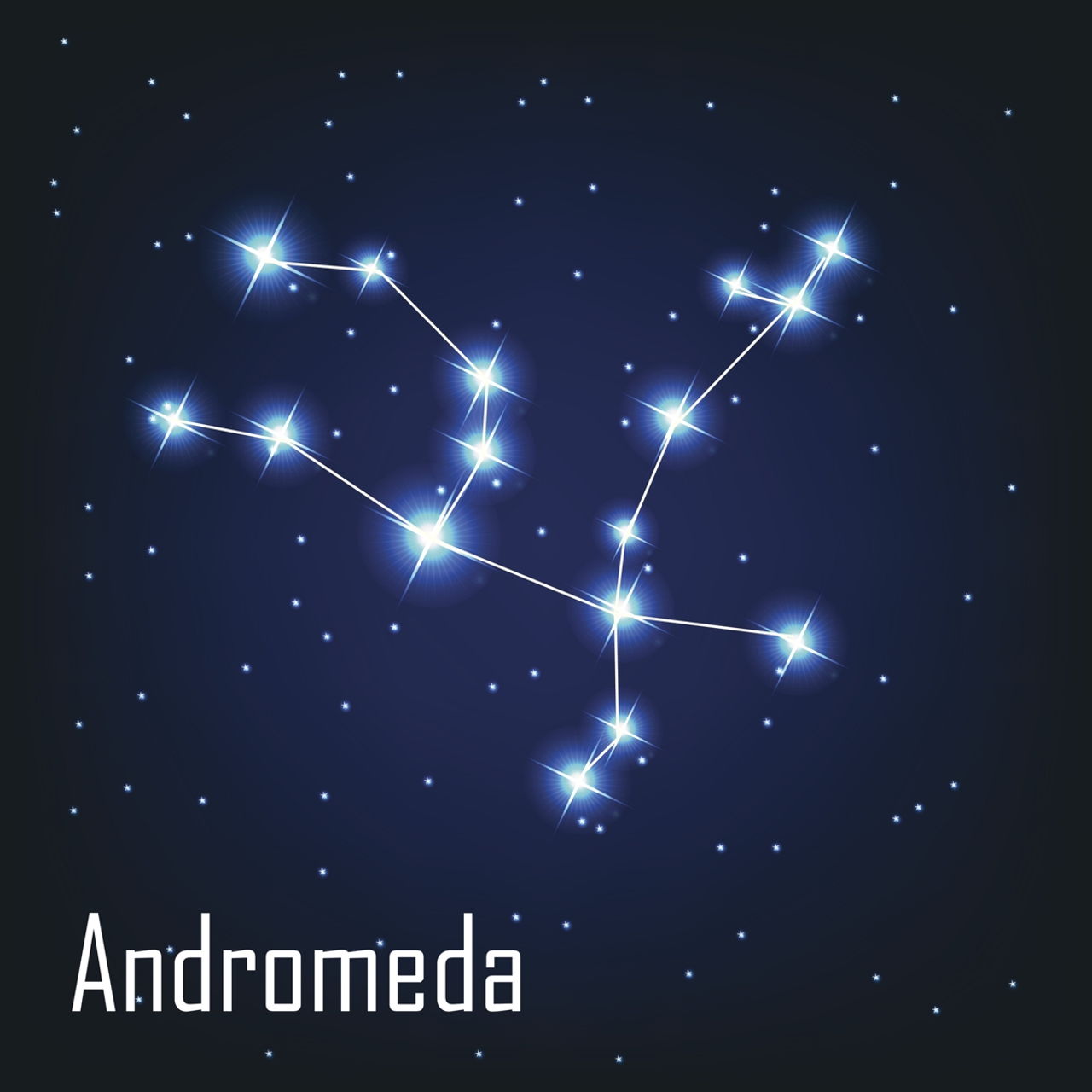 The Andromeda constellation is a pattern created by distant stars, in the nighttime sky. In this article, you will find some interesting facts about it.

Constellations like Andromeda are patterns of stars seen in the sky, that were identified and named by ancient civilizations. In these patterns, our ancestors found images of mythical beings, gods, and goddesses. Every ancient civilization has had a name for the various patterns created by joining the stellar dots together, that we call constellations. Today, modern astronomy uses these constellation patterns to map and identify regions in the sky.

The stars and other astronomical objects, that form the Andromeda constellation, are located at different distances from our planet. When you look at a city from the top of a skyscraper, you see lights and the patterns they form, but every one of those light sources is placed at a different distance.

Similarly, the distant stars, due to their particular orientation towards our planet, seem to form patterns, which we call constellations. In astronomy, constellations define regions of the nighttime sky, which can be easily identified, by names. It is just like identifying continents or country names on maps, which makes locating a place easier. It is one of the 88 constellations, that are officially recognized by the International Astronomical Union.

The constellation is located in the northern hemisphere sky and is denoted in astronomical charts, with the short form of ‘And’. It is normally visible in fall and winter and is best viewed in the November sky, when it is seen high, in the evening sky. The shape of the constellation can be visualized as an inverted ‘A’, which is a little distorted and turned anticlockwise.

Its coordinates are R.A. 1h / Dec +40°. It can be seen throughout the range of latitudes extending from +90° to -40°. When one refers to this constellation, in astronomical terms, it means a region of the sky that engulfs that constellation. This area is measured in square degrees and Andromeda covers about 722 square degrees of the sky.

Pictures often depict the constellation as a chained woman, after the Greek mythical story of Andromeda and the hero Perseus. Here is how the legend goes. It is an interesting story about bruised egos, revenge, heroism, and romance. Andromeda was the daughter of King Cepheus and Queen Cassiopeia who ruled a country called Joppa on the Mediterranean coast. Andromeda was very beautiful and as all proud mothers are proud of their daughters, she was too.

She invited the wrath of the Greek sea God Poseidon, when she boasted that her daughter was more beautiful than the sea nymphs called Nereids, who were his attendants. So, Poseidon decided to teach her a lesson, prompted by the hurt Nereids and he sent heavy tides towards the coastal kingdom to destroy it, along with a monster named Cetus.

King Cepheus sought the guidance of the Oracles, who told him that the only way out was to pacify Poseidon by offering your daughter as a sacrifice to the sea monster. Andromeda was chained on the sea side, as a sacrifice to the monster. Just when the monster was about to attack, a brave young man, son of Zeus, Perseus saw the damsel in distress and decided to save her while asking for her hand in marriage.

This was agreed upon by the worried King and Queen, who gave their consent. Subsequently, Perseus killed the monster and married Andromeda. She bore him a son who is supposed to be the first king of the Persians. As a memory of his heroic deeds, his beloved Andromeda was immortalized by placing her image among the stars.

After that heroic story of romance, let us look at certain interesting facts about this constellation and the far-off astronomical objects that are seen within the confines of this region, in the sky. These include far-off galaxies and even stars that have been discovered to have planets revolving around them.

Brightest Stars that Make the Constellation

It is common practice to name the brightest stars in a constellation by the names of Greek alphabets of α, β, γ, and so on, in decreasing order of brightness. This region contains 5 stars, that have been discovered to have a planetary system.

Since we use light year units here, let me specify that a light year is the distance traveled by a ray of light, in a year (about 10 trillion kilometers). Here are the most prominent and brightest stars in this constellation:

So, these are the prominent stars that can be easily seen by the naked eye.

The meteor showers that appear to originate in this constellation are called Andromedids and they occur in November. They originate when Earth passes through the dust, left over by the comet Biela, which broke up in 1852.

The stars that are seen in this constellation, largely belong to our own Milky Way galaxy. However, it also includes other ‘deep sky’ objects, that are located millions of light years away, from our own galaxy. The prominent object that was earlier mistaken for a star and is one of the farthest objects visible to the naked eye is the Andromeda galaxy.

It is a spiral galaxy, named after the constellation, located at a distance of 2.54 million light years away from Earth. Also known by its catalog name of M31 or NGC 224, it is the largest among all the local galaxies, including Milky way. It contains as many as 1 trillions stars.

A small slice of sky that Andromeda constellation is, has so many interesting astronomical objects. Just imagine what all one may find in the 87 more constellations that remain to be explored.