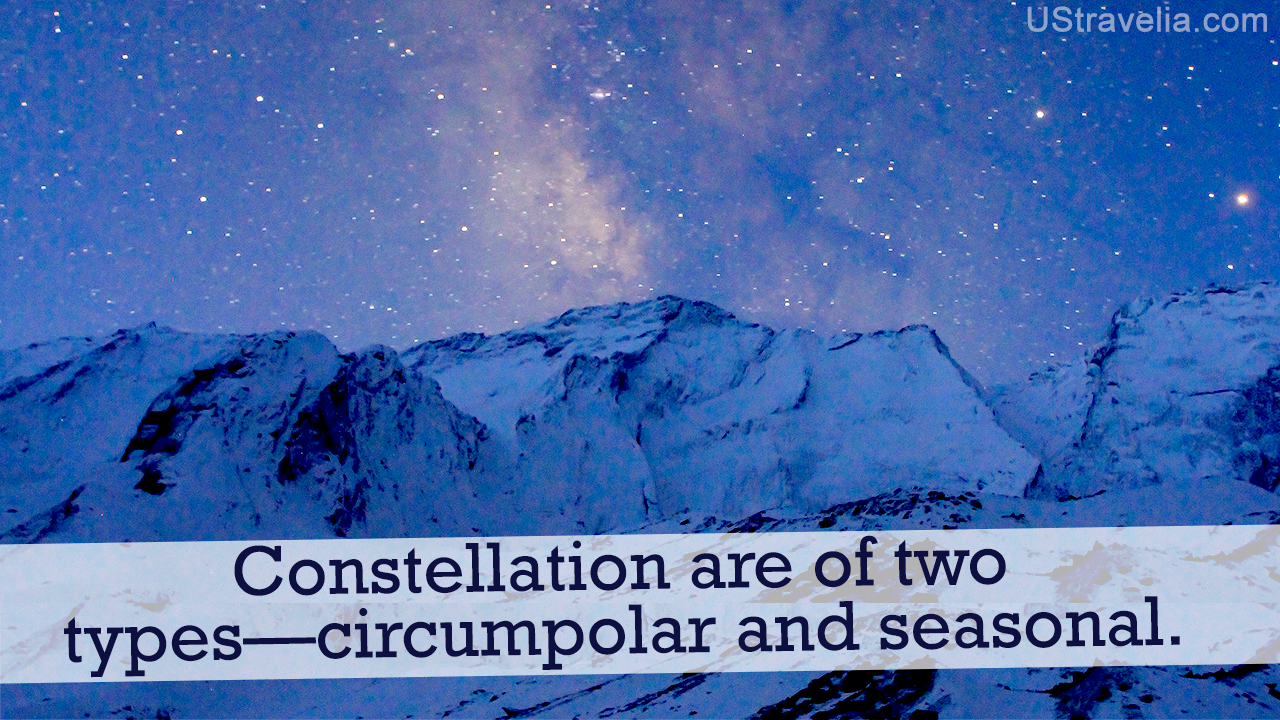 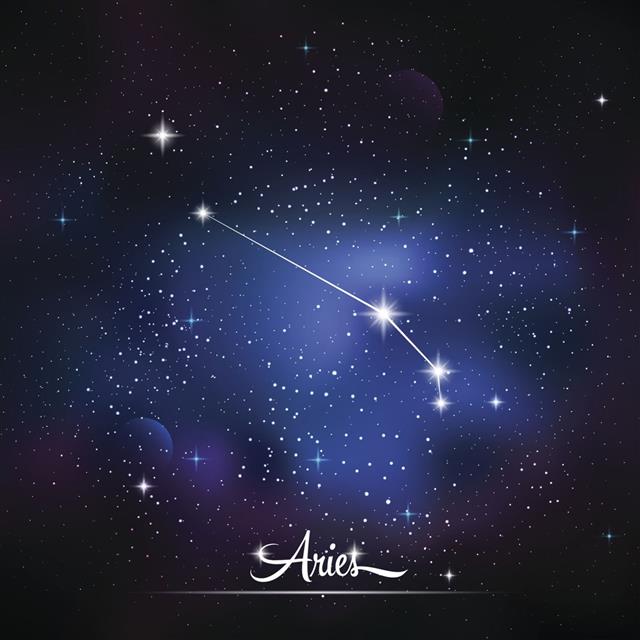 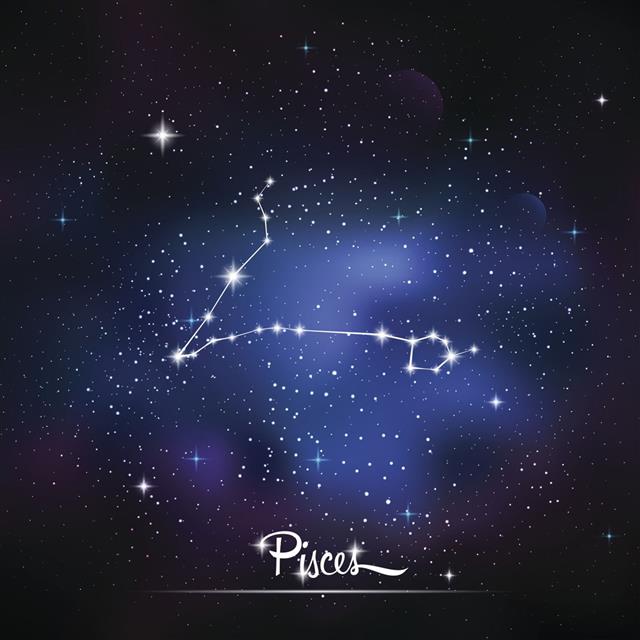 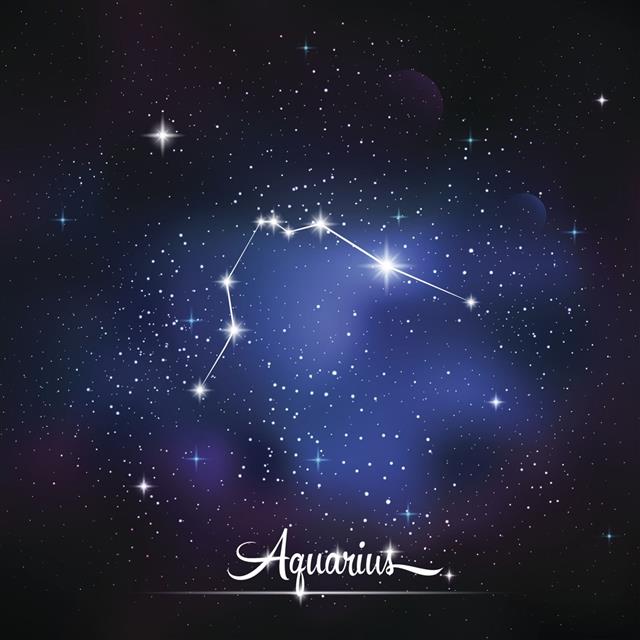 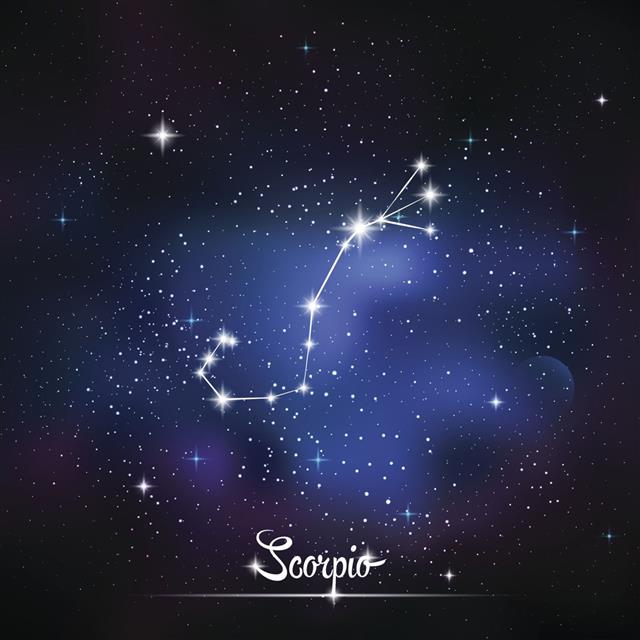 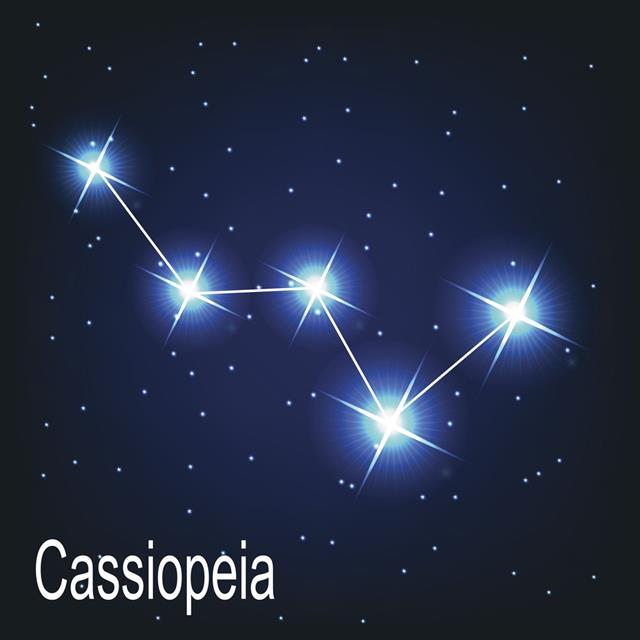 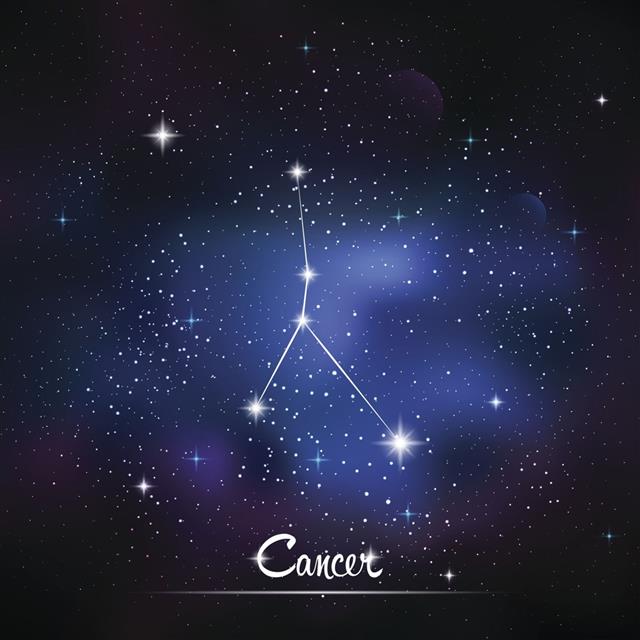 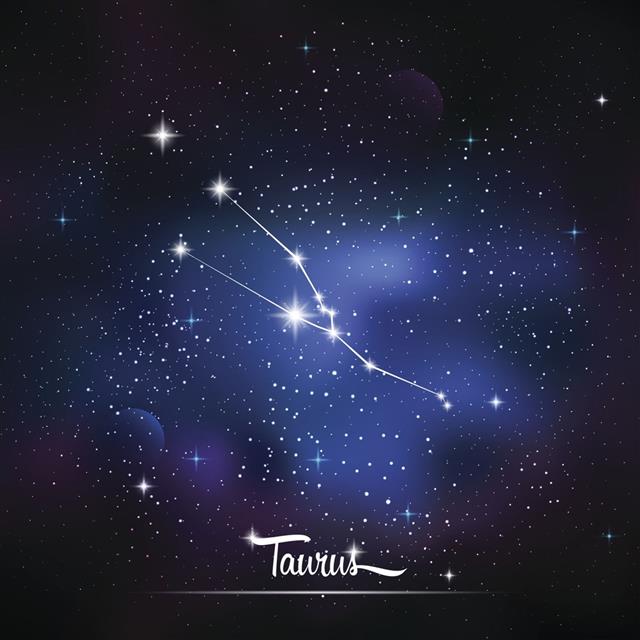 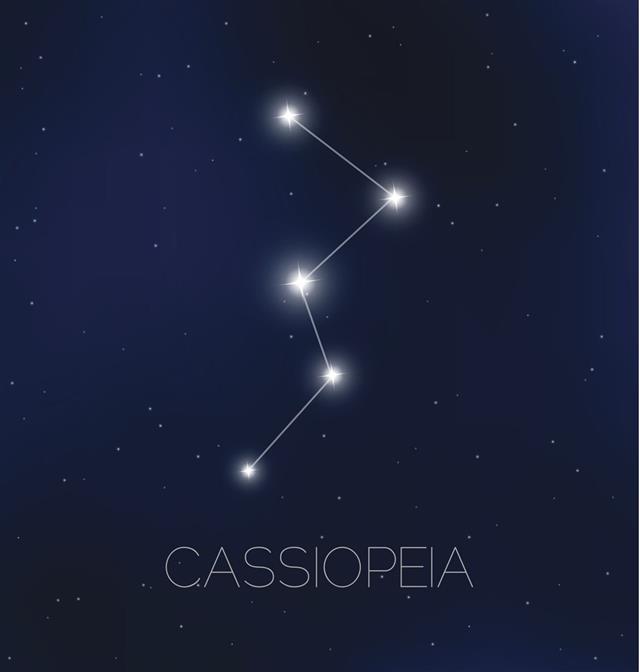 While the term ‘constellation’ is normally used for the patterns of stars visible in the night sky, technically it refers to ‘an area of the celestial sphere’. The technical definition though, is restricted to modern astronomy, and the colloquial use of this term to describe the fascinating patterns created by various celestial bodies―the stars in particular―continues. 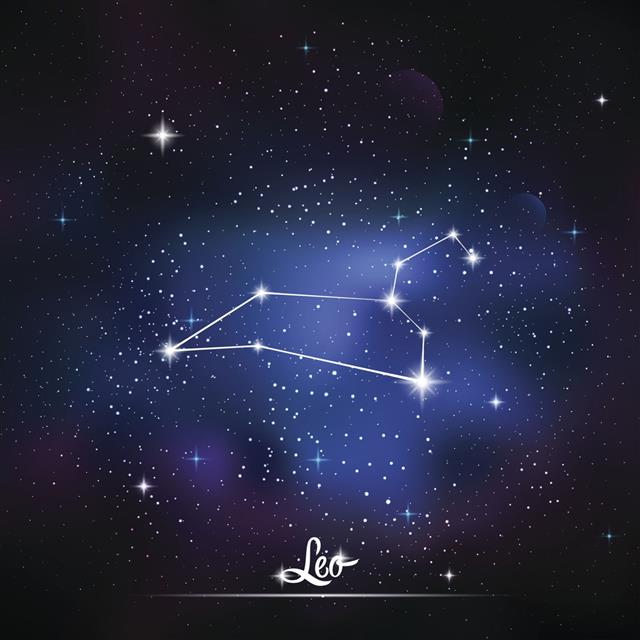 The sight of a ‘lion’, or an ‘archer’, in the sky is a treat for amateur sky-watching enthusiasts. From an astronomer’s point of view, however, it is much more convenient to locate a particular star on the basis of the constellation to which it has been assigned. It’s easy to locate a country on the world map when you know which continent it is a part of. In the same way, it’s relatively easy to locate a star when you know which constellation it is a part of.

Ancient Greeks were the first people to describe constellations. In his astronomical treatise, titled Almagest, Alexandrian astronomer Claudius Ptolemy described 48 constellations. These included some of the most popular constellations, like the Ursa Major, Andromeda, and the Centaurus. Many new constellations were added to Ptolemy’s list eventually. Johannes Hevelius, the founder of lunar topography, alone added 10 new constellations to this list.

It was Eugène Joseph Delporte, a Belgian astronomer, who came up with proper boundaries for each of these constellations. It was done in such a manner that every nook and corner of the sky was covered. Delporte based his work on that of Benjamin A. Gould―the American astronomer who is widely acknowledged as the first person to propose that celestial spheres should have designated boundaries.

Almost all the constellations have some legend associated with them. In fact, most of these are mythological figures who were given a place in the sky by the Greek gods. These include King Cepheus, his wife Cassiopeia, and daughter Andromeda, Hercules―the son of Zeus and Alcmene, Leo―the Nemean Lion killed by Hercules, Perseus―the son of Zeus and Danae, Pegasus―the horse which sprang to life from the spilled blood of the Medusa whom Perseus killed, and so on. 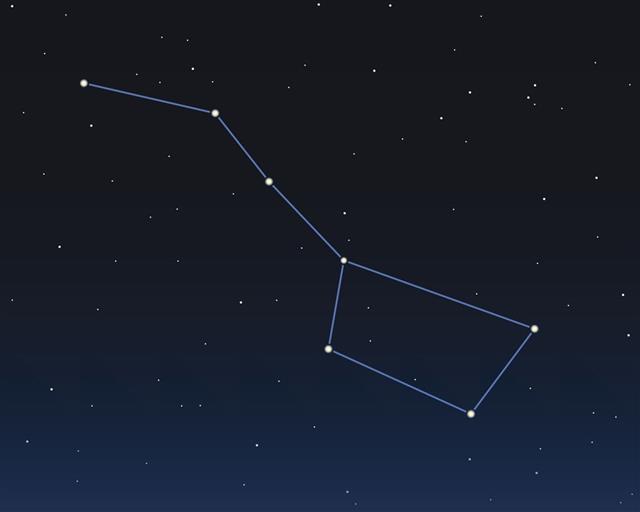 Even though it is just a part of the Ursa major constellation, the Big Dipper asterism is a lot more popular than many other constellations. It resembles a large dipper or ladle, and hence the name. Also known as the Plough (or plow), it can be easily located due to its distinct appearance and seven bright stars. More importantly, it can also be used as a guide to locate several celestial objects, including Polaris (the North Star). 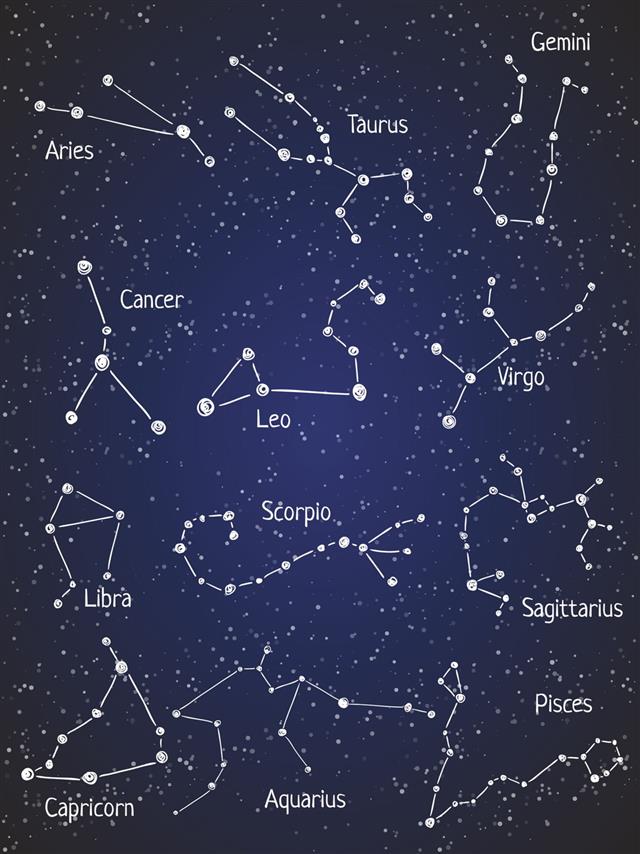 While that’s an impressive list in itself, not all of these constellations are popular. In fact, many of you must have come across some of these names for the very first time. Among these, the most popular ones are the 13 zodiac constellations (which represent the zodiac signs) and a few individual constellations, like the Ursa Major, Ursa Minor, Andromeda, etc.

Around half of these 88 constellations were identified and listed by the ancient Greeks much before they were recognized by IAU. Over the period, these constellations have made a place for themselves in various cultures and that, in turn, has contributed to their popularity.

The Ursa Major constellation can be seen in the northern sky throughout the year. It is widely known for the ‘Big Dipper’ asterism. It is identified by the square of the Big Dipper, which forms the bear’s body, and a chain of stars, which forms its tail.

Like Ursa Major, even Ursa Minor can be located in the northern sky. This constellation is known for the ‘Little Dipper’ asterism. The Polaris, a.k.a. the Pole Star, is one of the brightest stars in this constellation, and identifying it can make the task of locating Ursa Minor significantly easy.

Orion is one of the oldest constellations known to the mankind. The fact that it is visible throughout the world makes it one of the most popular constellations in the world. It has some of the brightest stars to its credit, which contribute to its distinct appearance between December and April.

Hydra is not just the largest, but is also the longest constellation of the lot. Its resemblance to a snake has made Hydra a part of several legends. According to one such legend, this was the nine-headed snake―Lernaean Hydra, which was killed by Hercules during one of his labors and put in the sky.

So the next time you look at the sky, you will definitely be in a better position to make sense of what you see. In fact, you can even go ahead and join an astronomy club. Star astronomy is one of the most fascinating attributes of science. In fact, there is a lot to know about the universe and what we actually boast of knowing is just the tip of the iceberg.